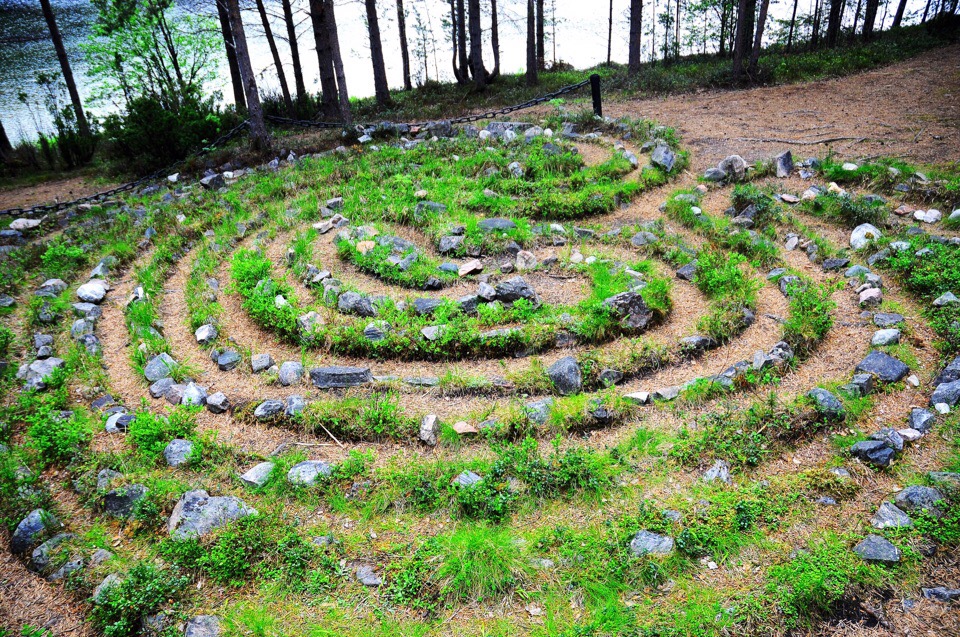 On the shore of Maly Pitkul Bay, 4 km from the city of Kandalaksha there is a stone labyrinth “Babylon”, whose age reaches 4000 years. Administratively owned by the Kandalaksha district of the Murmansk region.

It was believed that the Kandalaksha labyrinth was created by primitive man and is a diagram of a trap used for fishing. Scientists believe that religious ceremonies were held here – ancient people hoped in this way to secure their success in the field.

In all the “Babylon”, there are indeed intricate, intricate moves laid out in a special way from stone. Spirals can be found in several places on the Kola Peninsula. Their mystery has not yet been solved, there are hypotheses about the use of structures in fishing witchcraft, which controlled the winds, in ritual dances. There is also a hypothesis about the location of labyrinths in burial places, so that the souls of the dead get lost, wound in a spiral, and do not disturb the living.
The maze is lined with medium-sized stones on the shores of Kandalaksha Bay. Pomors called it “Babylon”, i.e. sinuous, wavy. But opinions about the origin of such a name differ. According to one version, the Pomeranian name for the labyrinth “Babylon” is a slightly distorted Celtic term. The island (city) of Avalon, where fairies live, the island of the blessed, which is opened only to the elite, is known in Celtic mythology. The name of the magic city itself is derived from the Celtic word apple (abal, atal), which ideally matches the shape of the maze, very similar to the schematic section of the apple. If we add that in the Celtic legends about the “island of the blessed” the wonderful apples giving immortality are narrated, then the name, form and legend of the ancient structure turn out to be closely interconnected. Then it turns out that the maze from ancient times was considered a pointer to the proximity of other spaces and dimensions.