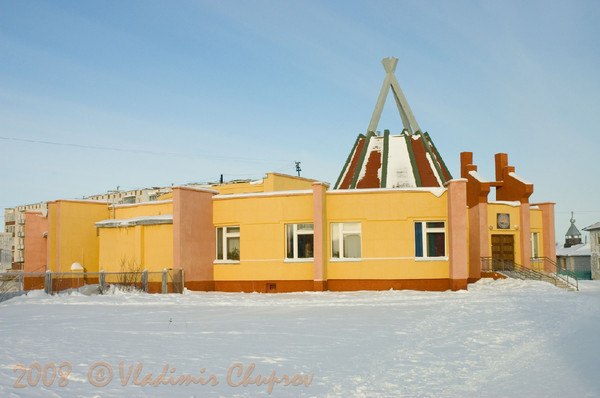 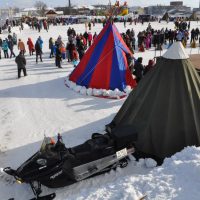 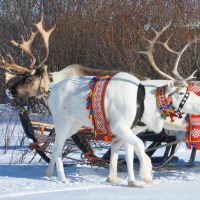 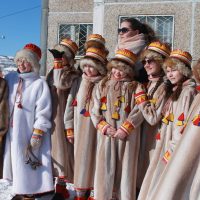 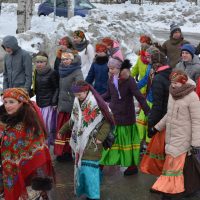 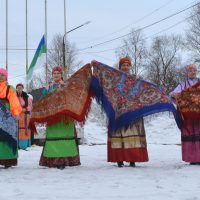 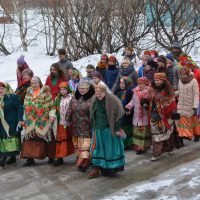 The village of Lovozero (in Sami Lujavr) is an old Sami village, the cultural capital of the Russian Sami. This is a unique “civilization”, which is a vivid historical example of the harmonious coexistence of man and nature, an ideal place for the use of land for grazing deer, the use of fish and forest resources.

In the history of the Russian Sami, there is a sad side associated with the resettlement of the Sami from their native remote Sami villages to the village of Lovozero – a place of compact residence of the indigenous small people, for reasons of industrial construction and the strengthening of the country’s defense power. In this regard, it became necessary to create a center, visiting which the Sami could meet with their fellow countrymen, communicate in their native language and engage in cultural life familiar to their localities. In 1994, representatives of the Sami intelligentsia (among them: Antonova Alexandra Andreevna – the author of the first Sami primer, Korkina Ekaterina Nikolaevna – the head of the Sami folklore ensemble “Oyar” and others) came up with the initiative to create a cultural center.

On October 01, 1994, in accordance with the Decree of the Head of the Lovozersky District Administration No. 272 ​​dated May 20, 1994 and the Order of the Head of the Culture Department of the Lovozero District Administration No. 34 dated September 27, 1994, the National Cultural Center was established and opened under the leadership of Larisa Pavlovna Avdeeva.

That is why, the work on the revival of traditional culture, begun at the dawn of the formation of the national center, today has become a key area of ​​activity of the MBUK “Lovozersky District National Cultural Center”.