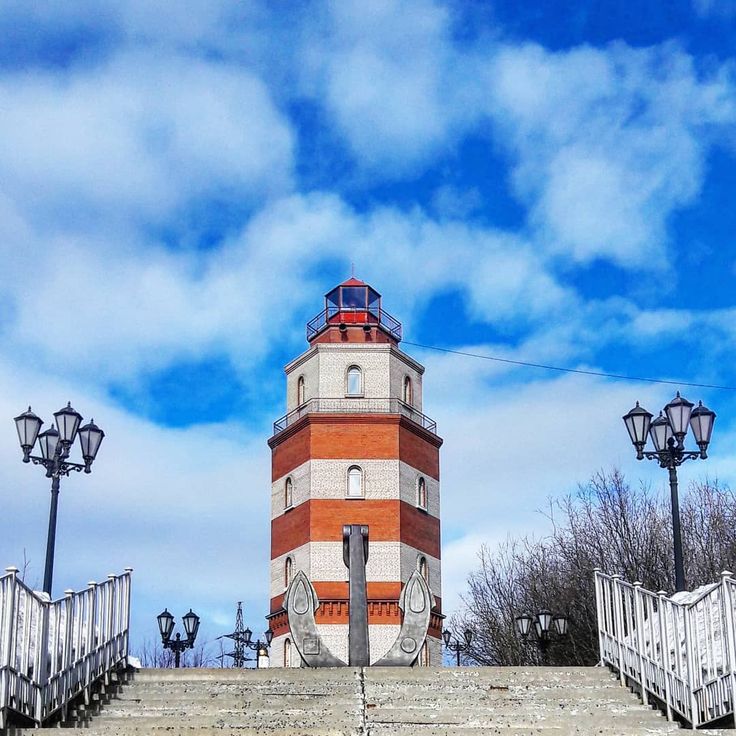 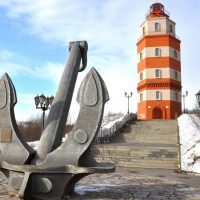 The Mayak-Memorial was erected in Murmansk in 2002 according to the project of architects N. Bogdanova and N. Kireeva. However, in such a short time, this place has become a real symbol of the city and one of its main attractions. This magnificent building is located near the water, though fresh – on the shores of Lake Semenov. Each element of the lighthouse complex is an object full of symbolic meaning. For example, the lighthouse itself is a reminder of a calm life on the beach and the days of waiting for those who will never return from sailing.
In the tower of the lighthouse, the height of which barely reaches 18 m, is the “Hall of memory.” Inside are memorial plates, as well as a book listing the names of all military and civilian sailors who died in peacetime. In addition to the tower itself, the memorial complex also includes a fragment of the wheelhouse of the tragically dead submarine Kursk. Next to this sign of memory and grief is a memorial plate with the names of submariners who died in peacetime.