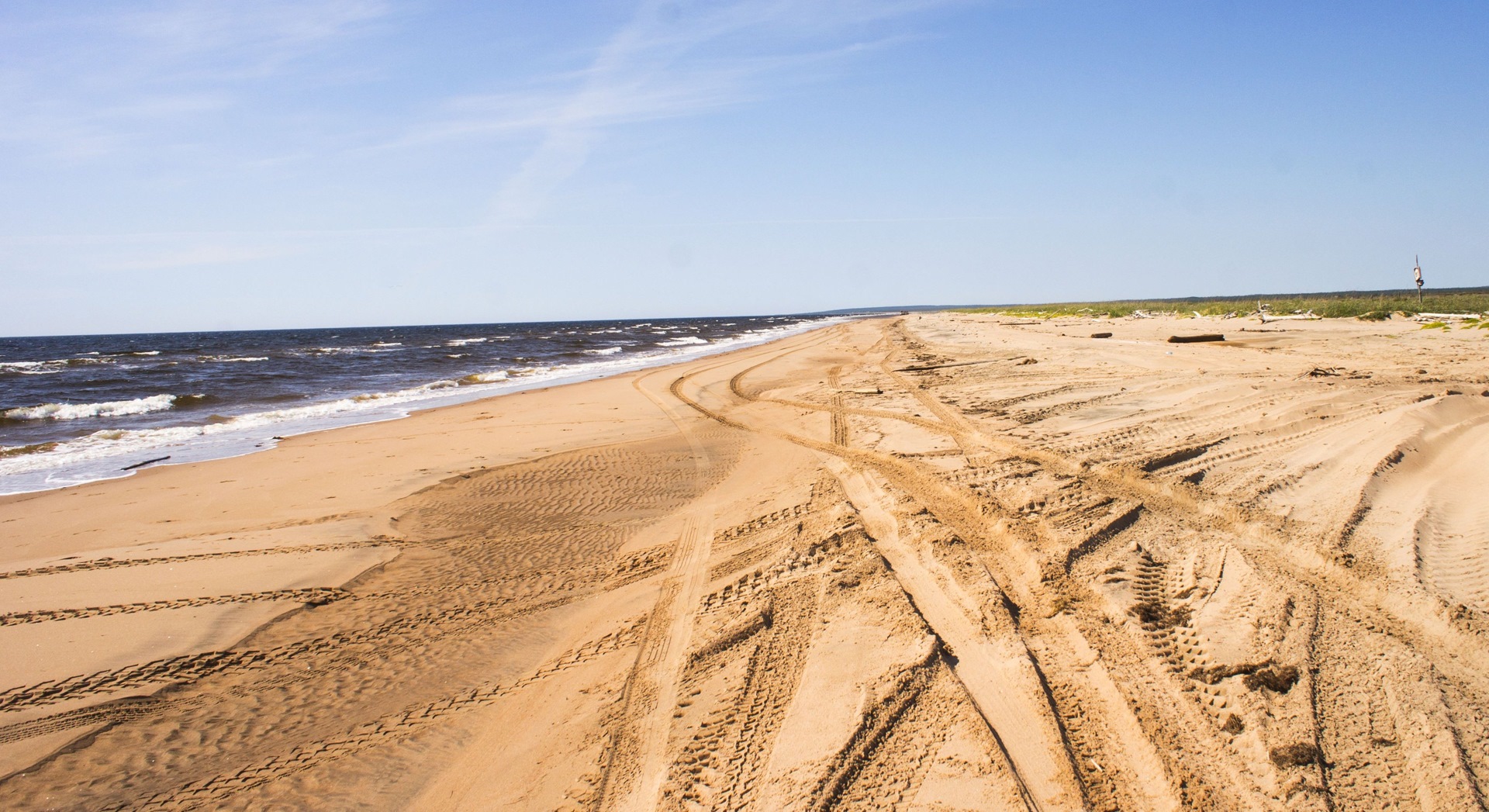 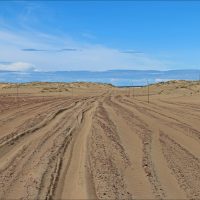 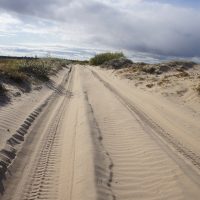 Kuzomenskie sands – an array of weakly fixed, so-called Terek (by the name of the coast) red-colored sands in the Murmansk region, Russia. The media often mistakenly refers to it as a desert or even the northernmost desert. The largest (and at the same time the most northern) massif of loose or weakly fixed sands on the shores of the Arctic Ocean is Bunge Land (over 600 thousand hectares).

They are located in the southeastern part of the Kola Peninsula along the White Sea coast on both sides of the Varzuga estuary for 13 kilometers. The southern (Tersk) coast of the Kola Peninsula is one of the areas of distribution of aeolian deposits and modern manifestations of wind erosion. This is facilitated by the sandy composition of marine sediments and the frontal impact on the coastal plain of mainly southeast winds. On the territory adjacent to the mouth of the Varzuga River, as a result of anthropogenic impact (deforestation for the needs of the salt pans located here and grazing) in the middle of the 19th century, an array of moving sands formed, which, under the influence of the wind, fill up the surrounding forests, the river and the Kuzomen settlement. The area of ​​moving sand is currently 1600 hectares, including up to 800 hectares on the right bank of the river. Traces of aeolian processes in the form of blow-out hollows, covered with vegetation to varying degrees, are also observed among the woodlands near the boundaries of open sandy areas. Natural renewal of conifers on the surface of such depressions does not occur. On the territory of the sandy massif there is the village of Kuzomen.

Kuzomenskie Sands is a popular place among locals and visiting lovers to make sports trips across the sand dunes on jeeps and motorcycles.