Waterfall on the Chapoma river 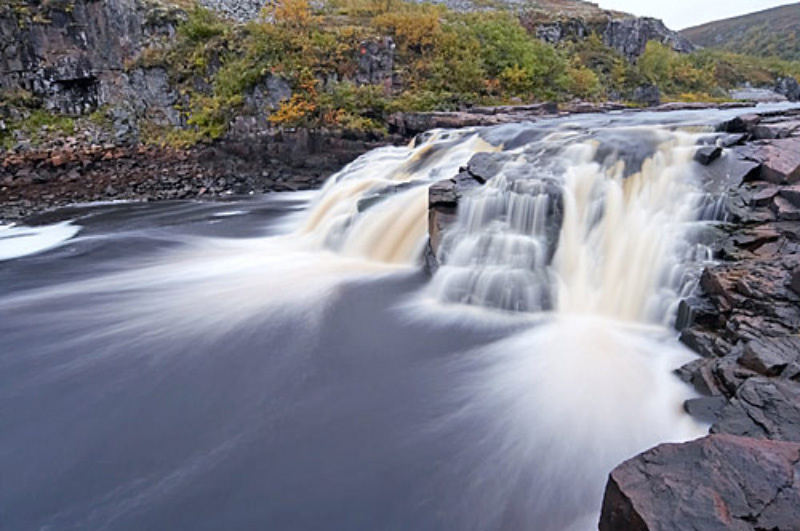 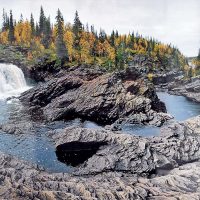 Waterfall on the Chapoma river

Regional hydrological natural monument on the Kola Peninsula, in the Murmansk region of Russia. The largest waterfall in the area.

The waterfall can be called a record holder. It is considered not only the most powerful on the peninsula, but also the highest. The length is about 500 meters, and the vertical drop is 30 meters. It has many complex ledges, from which the rapid flow of the Chapoma River breaks down. The maximum threshold height is 20 meters. It is on it that the jets run into large underwater boulders. The waterfall crashes down noisily, crashes against rocks and foams. Salmon and brown trout are found in the river, but fish come here only in winter and summer.

The rapids are made of granite-gneisses. One of the most spectacular waterfalls in Russia is surrounded by impenetrable mountains. Thanks to them, the canyon becomes incredibly picturesque. Dense taiga forests and moss thickets help to create a mesmerizing landscape. Cloudberries, horsetails and forest geraniums grow here. There is a huge amount of berries and mushrooms in the vicinity. In the district there are plants from the Red Book, for example, the deviant peony, which is on the verge of extinction, or Maryin’s root. The waterfall on Chapom is a hydrological monument, the area around it is a protected area. This status was assigned in 1986 at the request of researchers Kondratovich and Klyueva. They went to this for a long time: the first petition was filed back in 1980. Thanks to them, the riverbed and the coastal zone around the waterfall came under the protection of the state. This allowed preserving both the nature and the aesthetic value of this unique place.