Monument to victims of intervention 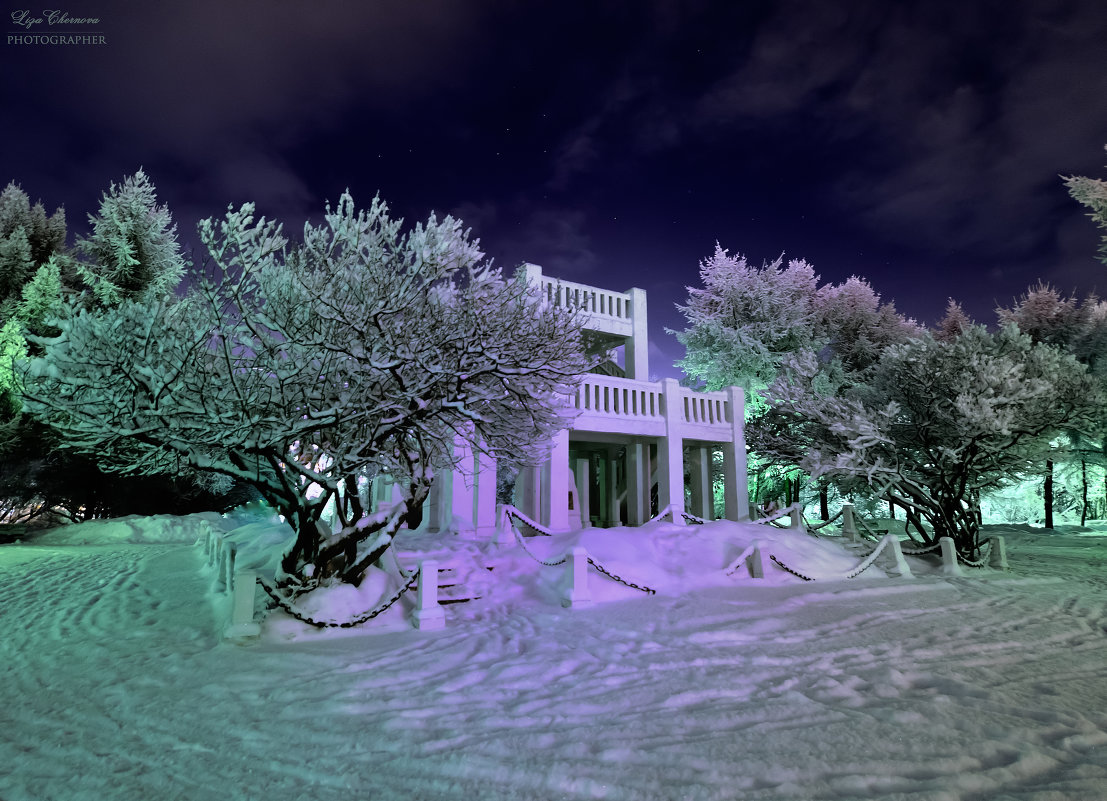 Monument to victims of intervention

The monument to the victims of the intervention is located in Murmansk, on the central square of the city called Five Corners, which is one of the oldest in the city.

In the spring of March 6, 1918, in the city of Murmansk, an English infantry detachment in the amount of 170 people was landed from an English ship called Glory. A day later, next to the city raid appeared the cruiser Cochren, belonging to England, and the cruiser Admiral Ob from France. From this moment foreign intervention in the Russian North came into effect.

The Monument to the Victims of Intervention was the first memorial in Murmansk erected with the money collected by the residents of the city by subscription to the tenth anniversary of the October Revolution – it can be said almost 11 years after the city was founded. The formation of the monument was conceived over the mass grave of the participants in the uprising against the White Guards in the city of Murmansk, which happened on February 21, 1920. At the same place, dead prisoners were found, who were once imprisoned in the Yokang prison. In the central part of the city there are burials of 136 people. Their bodies were buried in a wasteland called Freedom Square, which at that time received its new name – the Victims Square of the intervention (or revolution). Seven years later, it was decided to erect a memorial over the mass grave, the author of which was the famous engineer A. Savchenko at that time The author’s idea was to single out the utilitarian part presented by a special tribune for honored guests of the city and for leadership during various celebrations or demonstrations. According to the plan, a monument to Lenin was supposed to be nearby, but nevertheless this plan was never managed to be realized.

The memorial was built by reinforced concrete at the hands of Murmansk builders, which took only two months. The decision of the monument was carried out in the spirit of constructivism, which gives the impression of elegance and lightness of the entire structure. In the autumn of November 7, 1927, all the inhabitants of the city gathered for the grand opening of the memorial, which was luxuriously decorated with slogans and banners, as well as a large number of flags. On the most elevated platform were standard bearers equipped with red banners, as well as a brass band. During the ceremony, the city residents heard fiery speeches that literally pierced the hearts of the Murmansk people and urged the proletariat to be worthy and grateful to the memory of their comrades who heroically fell in battle for the cause of the whole people.

Throughout 1930, a square was laid out along the perimeter of the monument, while two fountains, bright lawns, benches, and also plantings in the form of shrubs and flowers appeared on the sandy wasteland. Judging by the size of the green zone, in the past it was much smaller than the current one. In the northern part there used to be a large and surprisingly beautiful two-story building, built of wood – the location of various Soviet institutions. During the Great Patriotic War, the Nazis completely destroyed this building, and after the end of the war, the entire territory on which it was located was simply attached to the area where the square was located. This square has become a favorite pastime of residents of Murmansk. Throughout the year, you can meet a lot of people here. This place is especially beautiful in the summer, when flowers bloom here, the number and varieties of which literally amaze with their diversity.

To date, the monument is painted white, which significantly distinguishes it from the dark green background of foliage. Near the monument are several rows of concrete columns, which are interconnected by chains, next to which bright daisies bloom, completely enclosing the memorial. In the central part of the pedestal, which is the support for the monument, there is a block made of stone, on which there is a text dedication to the victims of the intervention.