Monument to Cyril and Methodius 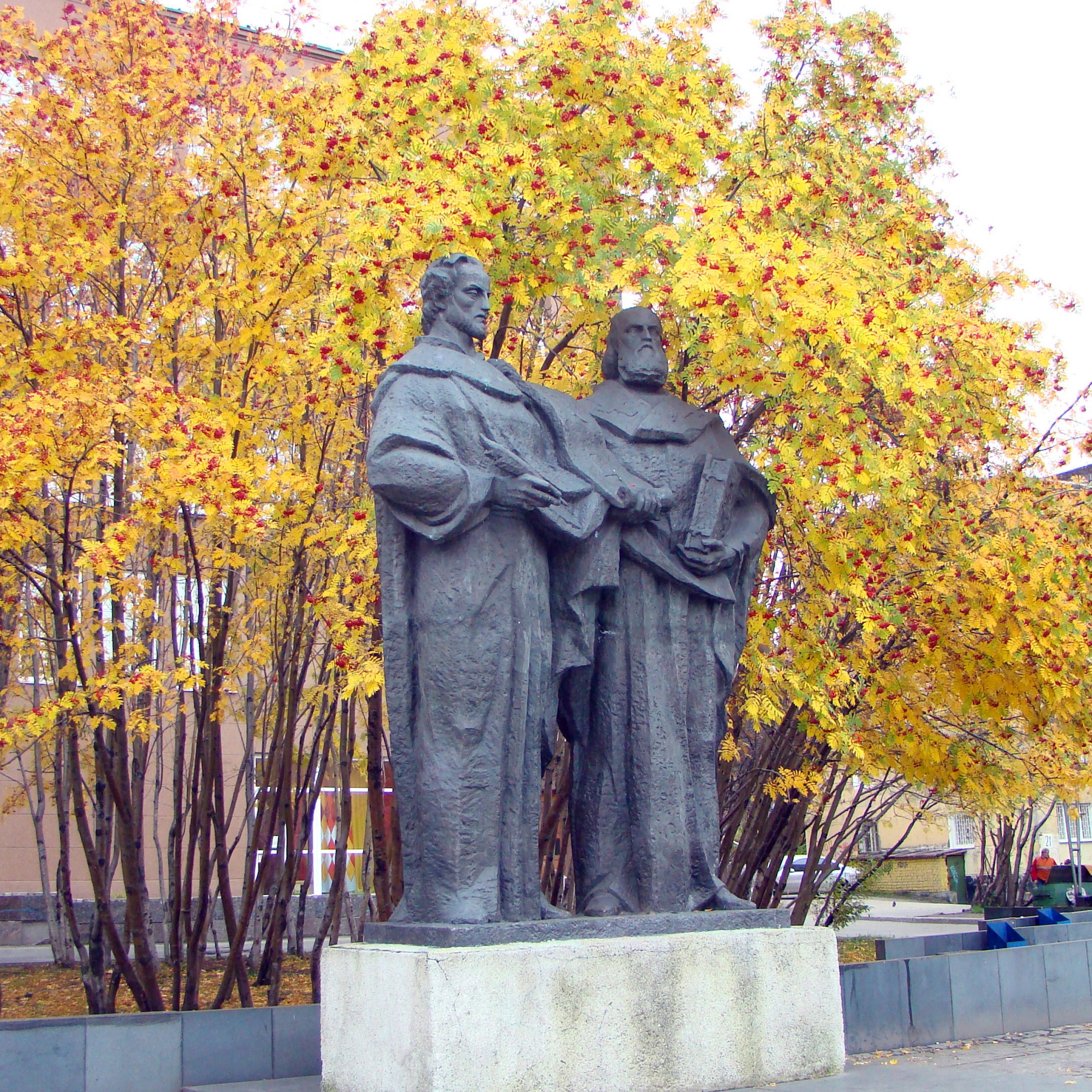 Monument to Cyril and Methodius

The Murmansk monument is an exact copy of the monument, which is located in front of the People’s Library in Sofia, where it was installed on the occasion of the 1100th anniversary of the creation of Slavic writing.

The monument to the Slavic enlighteners in Murmansk was the result of the active work of local writers. On May 24, 1986, on the initiative of polar writers, primarily Vitaly Maslov, for the first time in the USSR, the Day of Slavic Writing and Culture in Murmansk was solemnly celebrated, which was soon declared a state holiday.

And in 1988, when V. S. Maslov was in Bulgaria, the idea arose to give Murmansk a monument to Cyril and Methodius, in gratitude to the Murmansk people who revived Slavic Writing and Culture Day in Russia.

On the Independence Day of Bulgaria, March 3, 1990, His Holiness Patriarch Maxim of Bulgaria in the presence of Soviet and Bulgarian officials consecrated the monument; an act was signed on its transfer to representatives of Murmansk. The document says: “The state-public organization” 13 centuries of Bulgaria “on behalf of the entire Bulgarian people gives a copy of the monument to Saints Methodius and Cyril to the city of Murmansk, where in 1986 the Day of Slavic Writing was celebrated for the first time in the Soviet Union.”

The trailer drove almost five thousand kilometers, carrying a six-meter monument to the Equal-to-the-Apostles enlighteners from the Bulgarian capital through Varna, Odessa, Kiev, Minsk, Novgorod and Petrozavodsk to the Arctic. Black Sea crossed on a ferry.

On May 22, 1990, a solemn and colorful opening of the monument took place in the park in front of the Murmansk Regional Scientific Library.

The author of the monument created brightly individualized images, although the real images of the first teachers did not reach us. The subtle inspired face of the younger St. Cyril is full of thought. In his hand, the creator of Slavic writing holds a pen, as if preparing to draw the letters he opened. Saint Methodius, by contrast, is wise for years, labors and pious thoughts, but is full of strength and energy. As evidence of his relentless pastoral work – the Holy Scripture, carefully pressed to his chest. The brothers, dressed in wide monastic robes, support a scroll on which the first letters of the Slavic alphabet are displayed: “Az” and “Buki”.