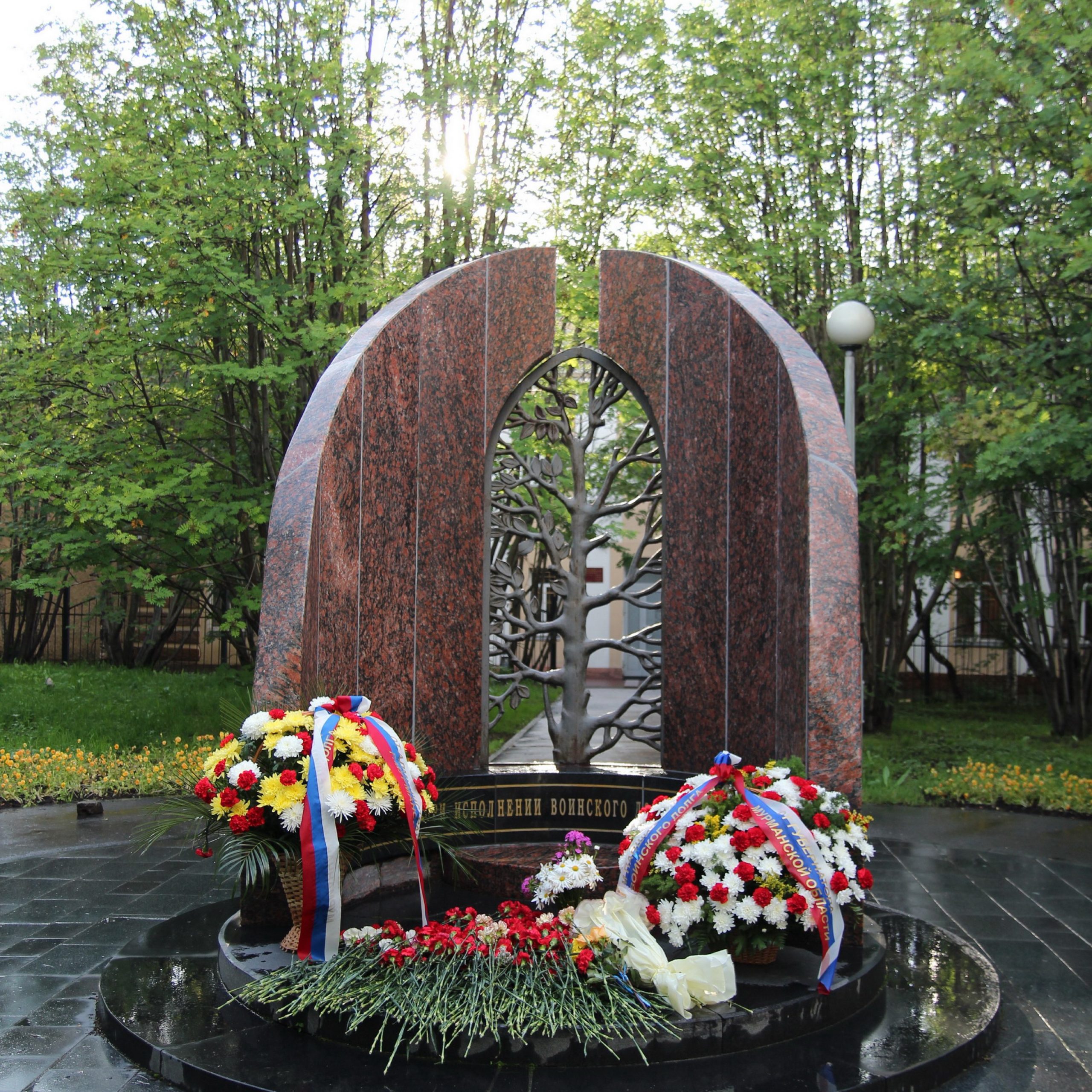 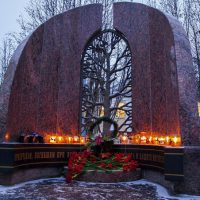 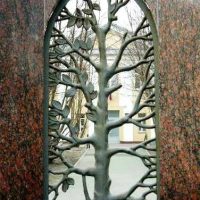 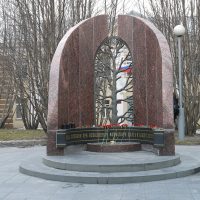 The monument was erected on August 10, 2001 at the intersection of two avenues: Kirov and Kolsky.

A monument was opened on the eve of the anniversary of the sinking of the nuclear submarine “Kursk”, dedicated to the Murmansk people who died in the line of military duty in local wars and conflicts.

The initiator of the construction of the monument was the first mayor of Murmansk, Oleg Petrovich Naydenov.

Authors of the project: architects N. Zheleznyak and E. Khasanova.

As conceived by the authors, the composition is made of dark red polished granite – this is a symbolic heart that breaks a tree from the inside. One half of it is covered with leaves and personifies life, the other is devoid of them and means death.

The stylized tree is cast from cast iron, its weight is 150 kilograms, the height is 2 m. 40 cm. The height of the entire composition is more than three meters. In the lower part there is a black granite ribbon. On it there is an inscription in gold “To the Murmansk people who died in the line of military duty and protecting the interests of the Fatherland.”

Vietnam, Angola, Korea, Hungary, Cuba, Egypt, Czechoslovakia, Nicaragua, Ethiopia, Afghanistan – in these and other countries at different times our troops were located, carrying out the combat order. Ordinary soldiers and officers, loyal to the oath, honestly performed their duty.