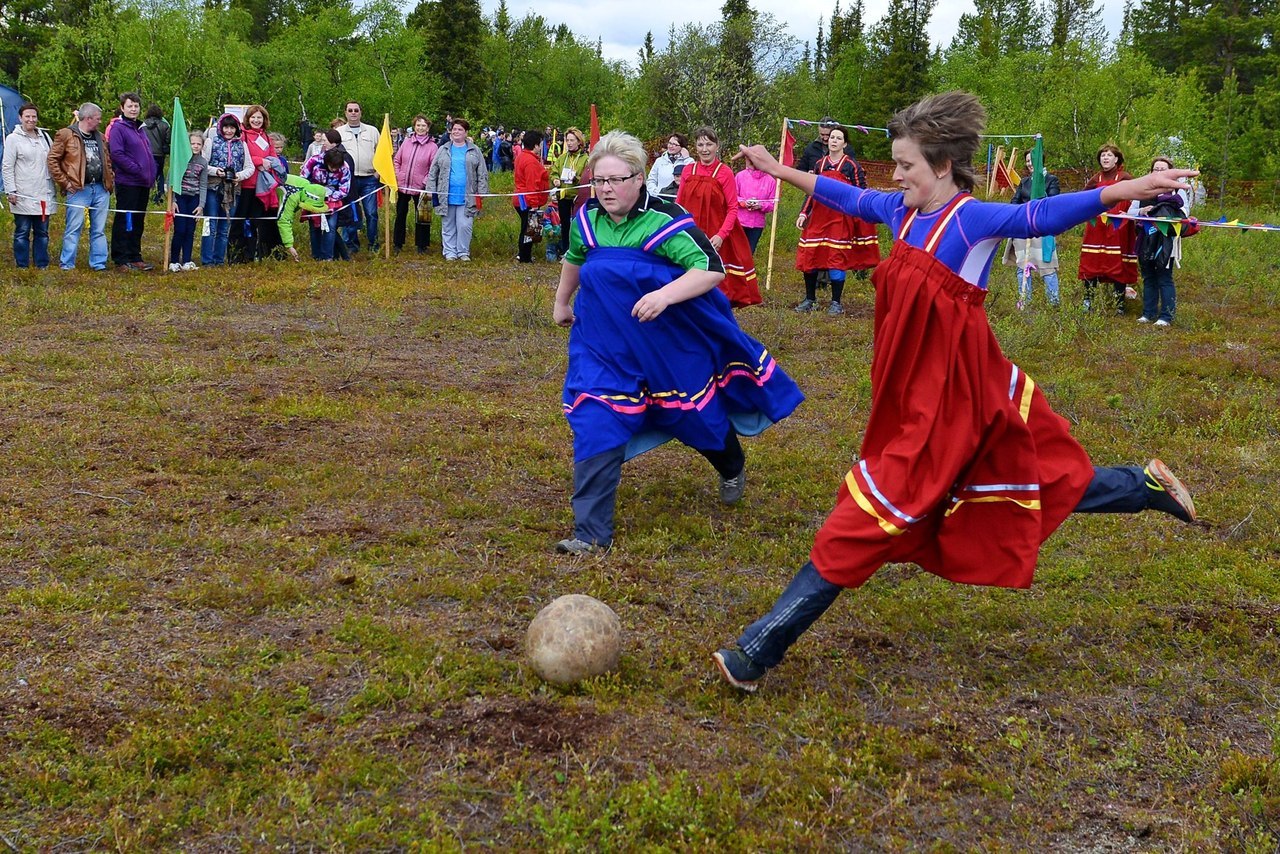 The Sami Games have become the hallmark of the Lovozero district and an integral part of its cultural life. The festival was first held in 1985 on the initiative of the Sami writer, translator, public figure Alexandra Antonova and has since been held every year. The program includes a concert of folklore groups, competitions in national sports: throwing an arcanum on horns, crossbow shooting, running with a stick, rowing on a rowing boat, and a Sami football tournament. The main action of the holiday is considered to be the Sami football tournament, which is played only by the fair sex.

Sámi football came about thanks to Sámi women who tied them with a rope to make hides and fur inside, as a result of which they kicked the ball up the hill, tried to kick a bunch of hides so that later the dressing process was easier. Over the years, this method of skinning has formed the basis of the national game.

As part of the holiday, a traditional contest of professional skill in the profession “Carver” (wood, bone and horn carving) is traditionally held, in which students of the Northern National College, masters of decorative and applied art of the Lovozersky district and other regions, as well as an exhibition-fair “City” take part masters ”, in which masters present traditional items of clothing, jewelry made of deer fur, souvenirs carved from bone and deer antler, items of hibiscor and roots. The main purpose of the event: the preservation and development of the original traditions and customs of the indigenous minority people – the Sami.